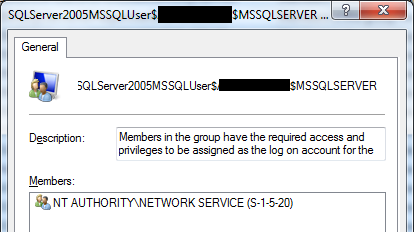 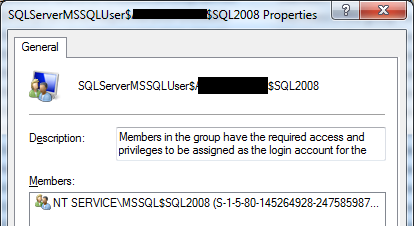 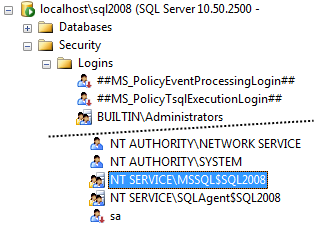 More on virtual accounts from the Sql 2012 doco, and from Technet articles Managed Service Accounts (MSAs) Versus Virtual Accounts in Windows Server 2008 R2 and What's New in Service Accounts
Posted by piers7 at 12:24