Since we got these new PC’s at work, we’ve had an issue where we couldn’t take any screen clippings with OneNote (or Alt-Print Screen, or anything actually): the resulting clipping looked like this: 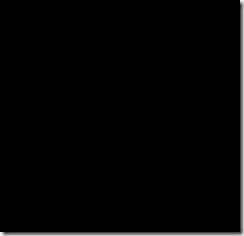 Turns out someone turned the 3GB switch on (to give Visual Studio more headroom on another project[1]). And on a dual-monitor developer PC, one of the consequences is that the amount of memory the system uses to address video memory is going to be tight.

Note also that – as far as I can infer – Visual Studio 2008 is not, by default, marked LARGEADDRESSAWARE so wouldn’t have got the extra address space anyway without being mod’d, which strikes me as brave given the potential consequences (read the exercise in the link).

(Update: I checked, and that flag is definitely not on the exe out-of-the-box)

[1] Side note: Good article explaining the benefits from running Visual Studio on a 64 bit OS
[2] PS: Where the heck does that expression come from? Oh
[3] And there’s no LARGEADDRESSAWARE flag on the C# compiler either