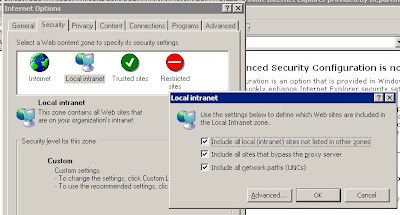 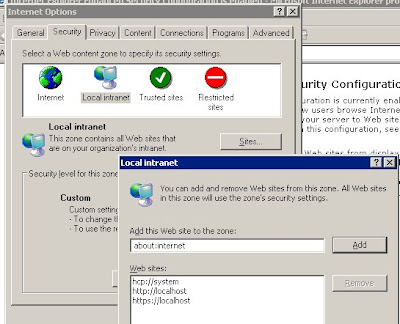 You can do this manually, or you can just import a set of registry keys if you need to do a whole load in one go (or the same across multiple servers). If you do it through the UI the settings are user-scoped, if you do it via the registry you can add settings either for the current user, or at a machine-wide level. See Adding Sites to the Enhanced Security Configuration Zones in MSDN and Description of Internet Explorer security zones registry entries in the knowlege base for more details.
Posted by piers7 at 17:43